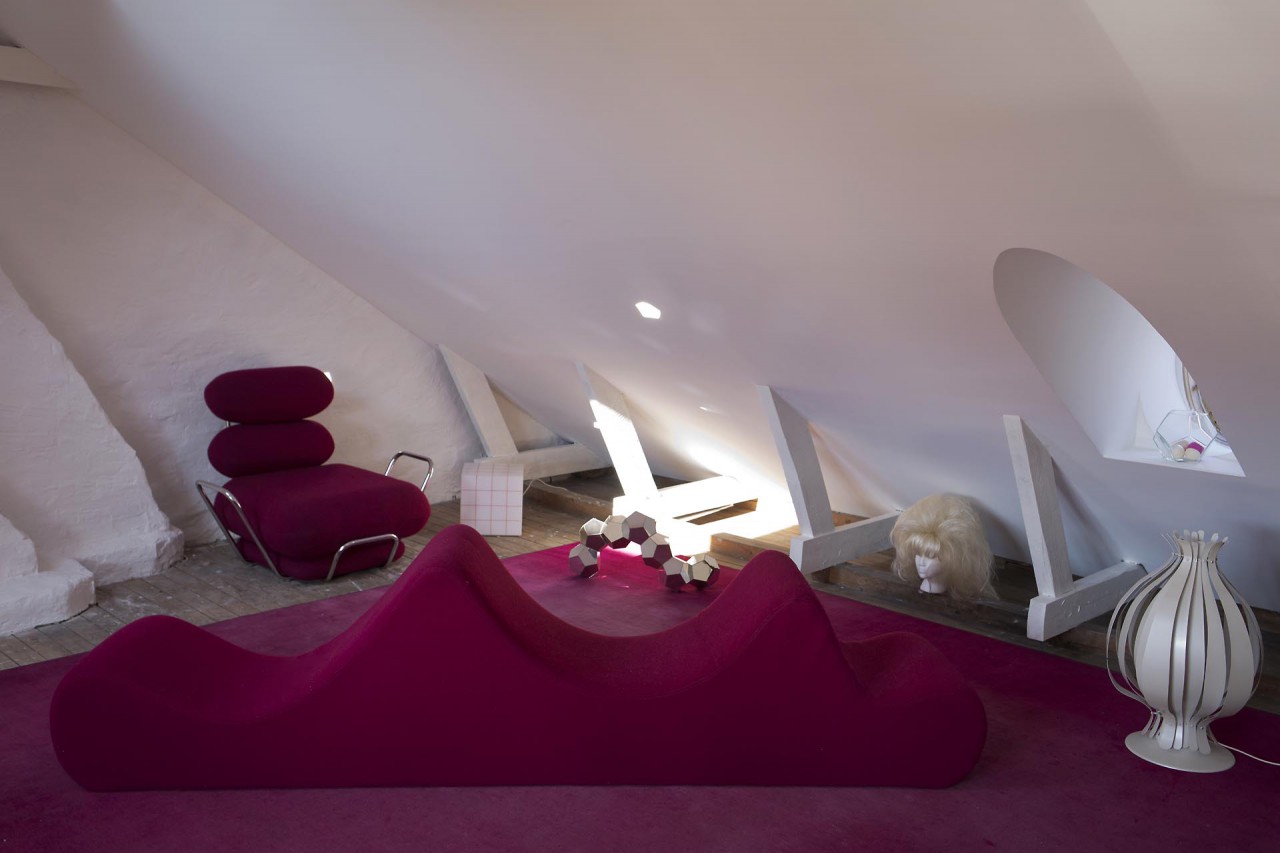 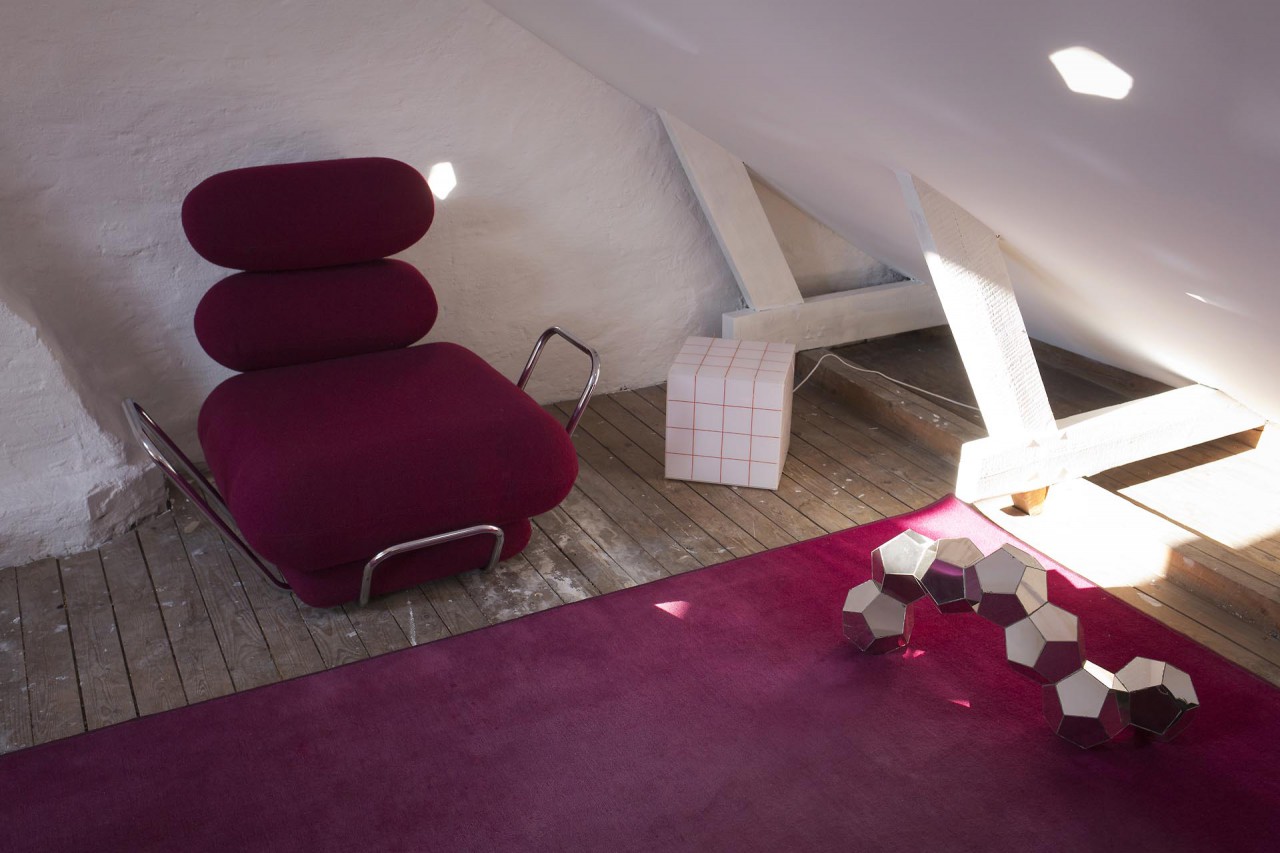 Hopefully I will soon have a fourth pillow for the Salami Chair prototype. This chair comes from Verner Panton´s home and the last pillow has been missing since long time. The third pillow is now at a professional refurnisher to be a template for the missing one. I have managed to find the correct fabric for it so hopefully it will be complete. As far as I know this is the only copy of this chair left.

The white square box is the first prototype for the Lighting Sculpture 1981. It has both red and black squares/lines on it.

The Mirror Sculpture prototype on the floor is from 1965 and also comes from Verner´s home.

Another piece is the 3-D Carpet prototype (also called Wave) wich now has been taken up to production by Verpan. Verpan´s re-edition has another shape than the original one. Verpan´s is shorter than this one wich is 250 cm:s long. As far as I know, only two more pieces of this cool chair has survived from the 70:ies. One of them has long purple “hair” and the other one is identical to this, also in aubergine.

In the window you see one of Verner´s first vases from 1964. The shape reminds very much of the Mirror Sculpture on the floor.

You can also see a very unusual model of the Yamagiwa lamp. This floor model was only produced in very few copies according to Marianne Panton.

Under this you see a Mira-X wall-to-wall carpets wich is original from a Swedish office 1975. The Panton familly had the exakt same carpet in their livingroom at their house in Binningen during the 70: ies.

This site uses Akismet to reduce spam. Learn how your comment data is processed.